The buzzword of yesterday was “brand.” Today it’s “culture.” But where does one end and the other begin? In our work as brand consultants we’ve come to realize the obvious: if the internal people aren’t excited about the product and message, the external people (customers) won’t be either.

Thinking about this led me down a road. First stop, Nike.

Nike was one of the first companies to recognize the value of pushing the brand with emotionally-driven print ads and TV spots. The shoes and clothes were almost an afterthought. What stood out was the message of hard work, athleticism, and sweaty grit. It was about never giving up, even in the face of impossible odds. The message worked and customers bought into the Nike dream.

But then there are the stories about companies that invested in their culture. Second stop, Zappos.

You, employee, get to decide.

Zappos empowered their employees from the get-go and encouraged them to take ownership of the customer relationship. Tony Hseih, the CEO, recognized that over-the-top customer service was inextricably tied to over-the-top employee empowerment. While other online companies kept a vigilant eye on how long employees were on the phone with customers, Zappos famously promoted lengthy customer conversations. Customers felt heard and taken care of, and Zappos shot to a position of dominance in a cut-throat marketplace.

How about the stories of companies who got it very right – and then very wrong?

Google burst onto the scene with radical ideas of giving everyone around the world access to information. To spur ongoing innovation internally, Google employees were encouraged to speak up and explore whatever path they felt had potential. Employees were pampered with gourmet cafes, yoga rooms, even napping nooks. The formula worked until recently. Now the media regularly shares scoops about the “Google Revolt.” Leaders at Google are firing employees who promote controversial points of view. They’re banning employees from engaging in a “raging debate over politics or the latest news story.” The internal message has morphed from one that encourages autonomy and ownership to one of “follow the rules and do as you’re told.”

So where does this leave us?

Despite external messaging of empowerment, Nike is facing the largest hurdles of its existence with story after story of an old boys’ network that’s keeping women and minorities from positions of power. Zappos continues its trajectory by constantly re-assessing its internal initiatives and external offerings. Google has such a grip on our world of communications, it’s hard to imagine the company will lose its power. But cracks are definitely showing, which could make the company vulnerable.

Brands that don’t pay attention to the internal experience along with the external experience can make themselves vulnerable to “moments of reckoning.” But given how quickly our world is changing, what works today most likely won’t work tomorrow. Keeping a close ear and eye on what’s important to customers as well as what’s important to employees will continue to define the companies that maintain their edge. 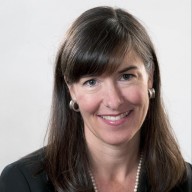